Important information regarding deliveries during the forthcoming Royal Mail strikes 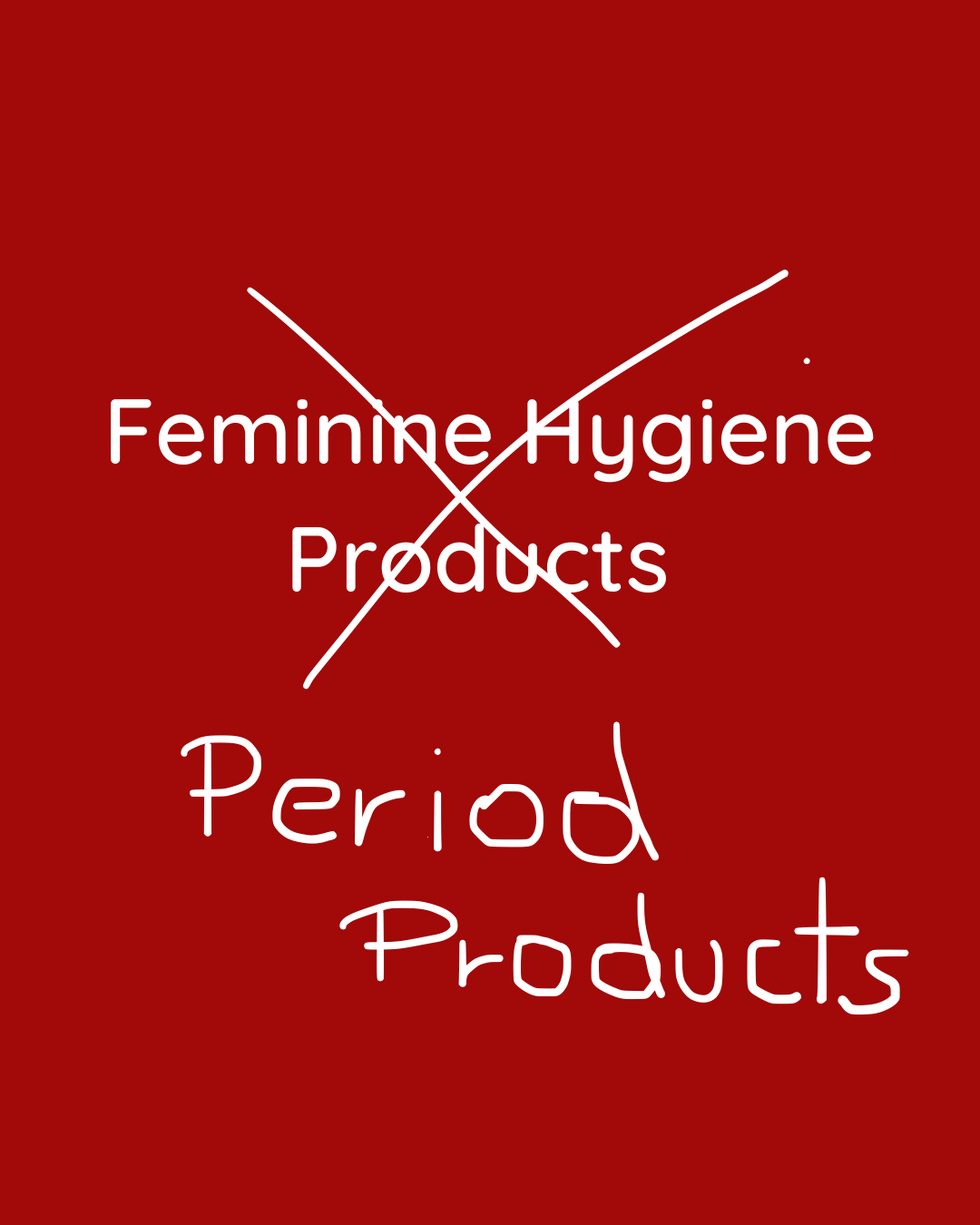 The way we talk about periods can greatly impact how people think about them.
At Grace & Green, we’re committed to not using the terms ‘hygiene,’ ‘feminine,’ or ‘sanitary’ when talking about periods. And here’s why:

As a teenager, my friends showed me how to hide tampons and pads in my bra when I had to go to the bathroom at school. Even back then I thought it was kind of ridiculous, but I usually did it anyway. It was embarrassing to have your period, let alone walk around with a tampon or pad so that everyone would know that you were menstruating. You can imagine how uncomfortable it was to stay at someone’s house while I was on my period. I was so ashamed to leave traces of used tampons or pads that I wrapped them in toilet paper and hid them in my purse until I got home. And when I had my period, I called it “time of the month” instead of just saying “I’m on my period”. I remember once saying the word ‘menstruation’ to a friend who responded by literally saying “Ugh, please don’t ever say ‘menstruation’ again, it’s gross”.

But what’s gross about the word ‘menstruation’ and why do we constantly feel like we have to hide our period, which is a natural bodily function?

It starts with the way we talk about periods. In fact, we don’t really talk about ‘periods’ or ‘menstruation’ at all. I recently learned that there are around 5000 ways to say that you’re on your period without saying that you’re on your period. Euphemisms for menstruation have become normalised around the world, which shows how much we make periods taboo. Crazy, right?

In ads, in supermarkets/drugstores, or in public toilets, menstrual products are usually referred to as ‘sanitary towels’, or even worse, ‘feminine hygiene products’. Terms like ‘period’ or ‘menstruation’ seem to be taboo, which reinforces secrecy and shame around menstruation.

But how can we break the taboo and the ongoing cycle of secrecy and misinformation around menstruation?

Because periods aren’t unhygienic or unsanitary! We describe periods so explicitly in terms of hygiene when periods are no more unhygienic than any other bodily function. Terms like ‘sanitary towel/napkin’ or ‘feminine hygiene products’ can imply that periods are dirty. Almost as if we desperately need something ‘hygienic’ to manage our ‘unclean period’. We don’t call toilet paper ‘sanitary wiping paper’ or ‘hygiene paper’ either. When we talk about condoms, we don’t speak of ‘sexual hygiene for men’ but of ‘men’s sexual health’. In my opinion, we should therefore also not speak of ‘menstrual hygiene’ but of ‘menstrual health’. 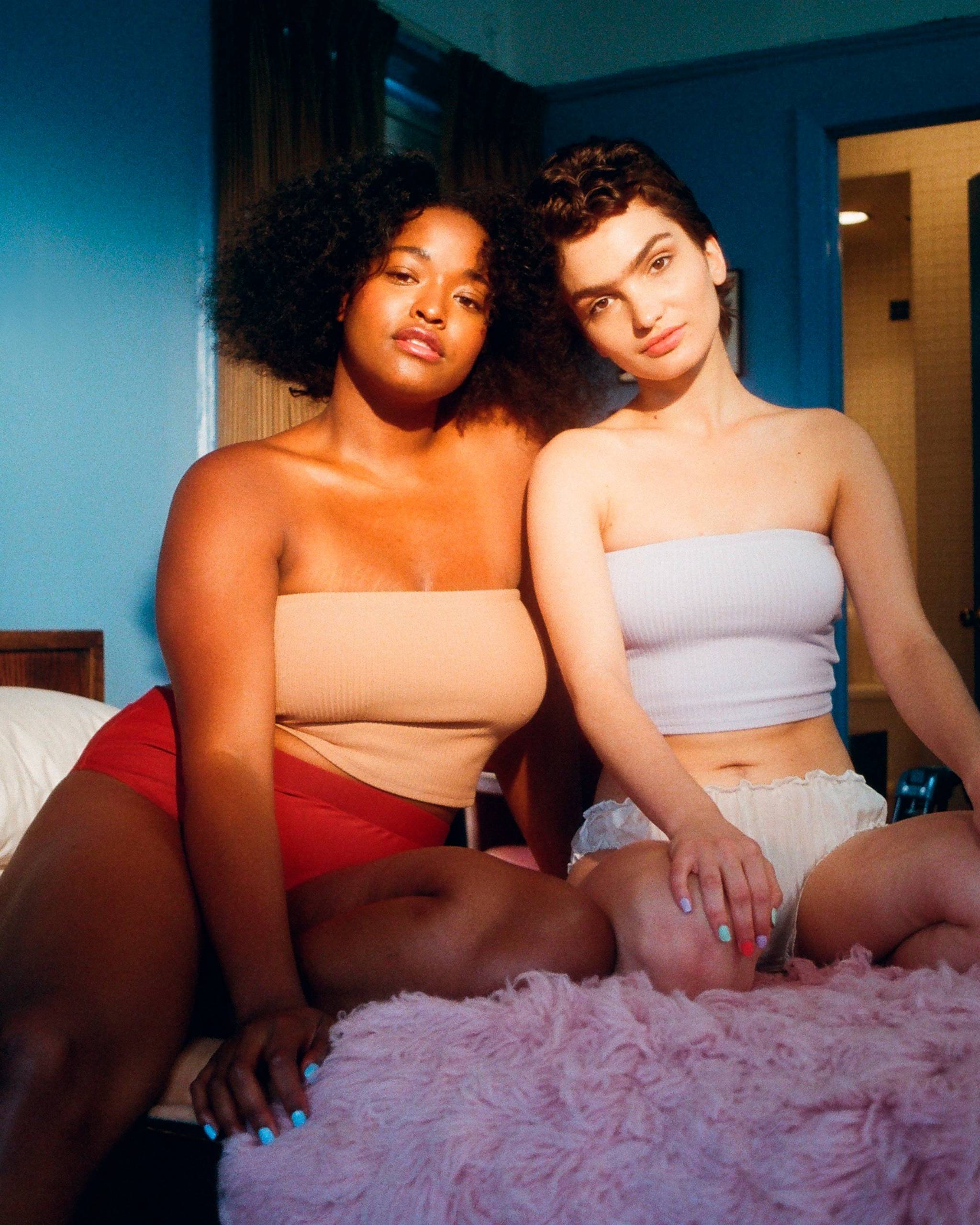 What’s a ‘feminine product’ anyway? Is it meant for women or for people who feel ‘feminine’? The term ‘feminine’ is flawed. First of all, not all women menstruate, which doesn’t mean they should feel any less ‘feminine’. Second of all, not all who menstruate are women: transgender, non-binary, non-conforming genders, and people who identify as male can all have periods. “The existence of a period doesn’t make someone any more or less feminine, or any more or less female,” says New York model, actor, artist, and advocate Sawyer DeVuyst, who was the first transgender man to appear in an ad campaign for period products.

For far too long, the language used to describe and discuss periods has been exclusively geared toward cisgender* women. This could make everyone else who menstruates and does not identify as a cis** woman feel excluded from important conversations about their menstrual health.

Oh, and what’s ‘femcare’ anyway? Most big companies make period products that are full of plastic and harmful chemicals. – Doesn’t seem like they really care about the people who use them, or what do you think? 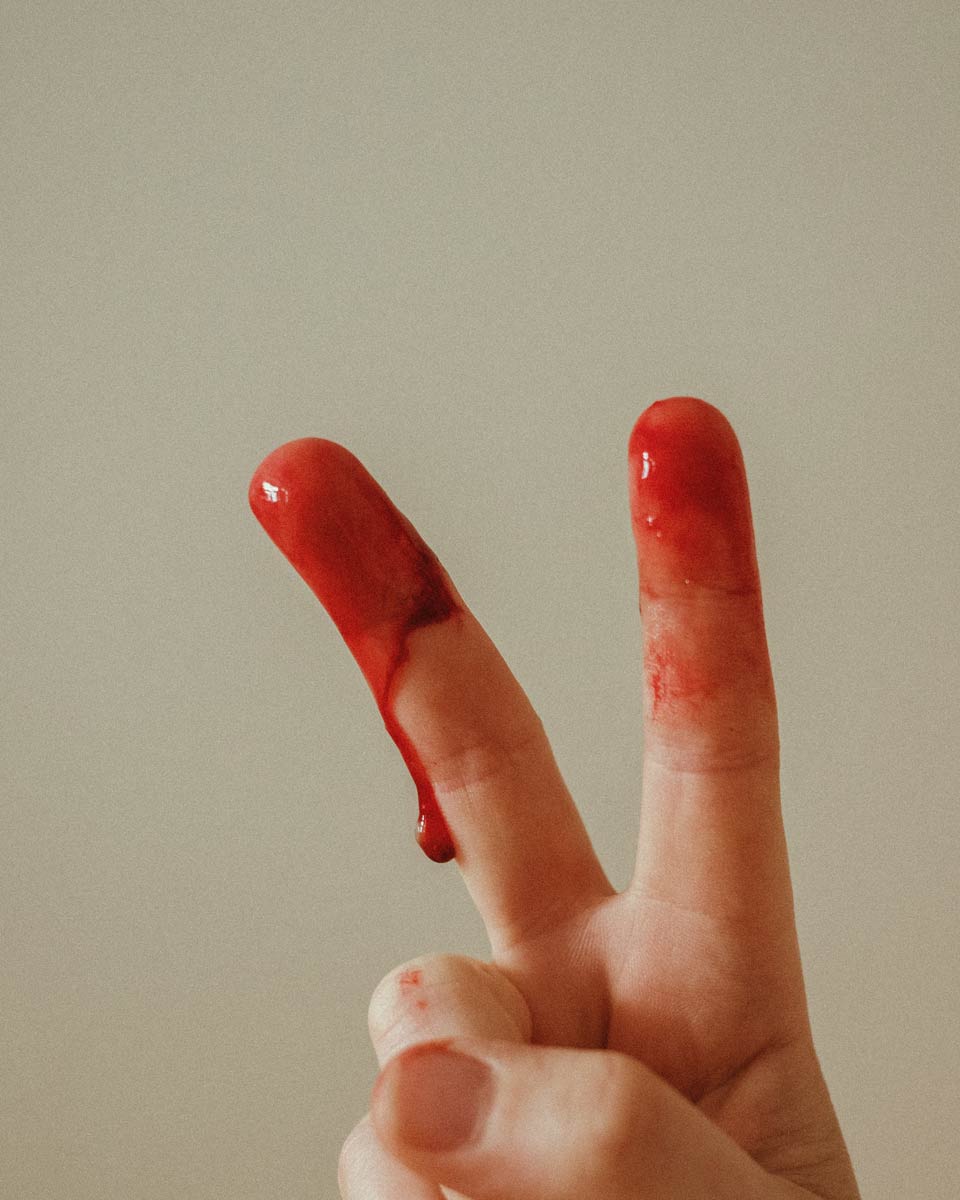 Call them for what they are: menstrual/period products

Words are powerful and language matters

Menstruation is important to life on our planet and that’s beautiful. There’s nothing shameful or ‘unhygienic’ about periods because we all wouldn’t be here without them! So it’s about time to stop using euphemisms when we talk about menstruation. And it’s about time to stop claiming that periods are ‘feminine’ because not all women menstruate and not all who menstruate are women. Let’s start talking openly about periods. Only this way we can ensure period equity.

Read our article on “3 Steps We Can End Period Poverty”

Read more from the Green Room

Toxic Shock Syndrome (TSS), is a rare but life-threatening illness caused by the release of harmful bacterial toxins. It is sometimes associated with tampon use but it can affect anyone of any age.

The way we talk about periods can greatly impact how people think about them.

12 Women Leading The Fight For Sustainability

As we celebrate International Women’s Day, we reflect on 12 females who are leading the way in sustainability through their dedication to environmental activism and confronting climate change.

Stress-free subscription, tailored to your needs.

Make a one-off order or choose a bespoke lifestyle subscription package and save up to 10% — delivered to your door monthly or quarterly.

Order what you need

Shop from our essential collection of certified organic products and create your own subscription based on your needs.

Make a one off purchase or choose to have your lifestyle product supply delivered months or quarterly (you can cancel any time).

Knowing that you’ve switched to an organic, healthier product and also made an eco-friendlier, cruelty-free choice and helped to improve lives.

Update, pause, or cancel any time. You’re entirely in control.

To celebrate the launch of our Lifestyle Store, we’re including a free botanical YOKU soap (RRP £3.80) in all first time subscription boxes and one-off orders over £25.

Scents include: Lavender & Patchouli, Geranium & Rosehip, Lavender & Cedarwood, Citrus & Rosemary. They will be selected at random by our packaging team.

Don’t just take our word for it

Stay in the loop

Get the latest from the Green Room directly to your inbox. We promise not to share your details with any third parties without your express permission and you can unsubscribe at any time.

Our sister brand @weareyoku has paired up with @falconenamel for their 12 days of Christmas Giveaway! 🎁🌲

On the third day of Christmas, you can WIN an organic bamboo toothbrush, natural deodorant and handmade soap from YOKU, alongside @falconenamel’s small tray, serving tray and tumbler.

@frank_water_charity’s @thebiggiveorg Christmas Challenge is now live. Give now and your donation will be DOUBLED. 💙

In the northern Indian state of Uttarakhand, communities are facing direct impact from the climate crisis including deforestation and expansion in urbanisation. While 90% of Uttarakhand's drinking water comes from springs, these vital sources are under threat.

Without a clean, reliable water supply, the risk of illness and infection is far greater, however hard people work to stay safe from disease 💧

We’re here to make your cycle care more accessible and enjoyable with our Green Friday Sale! 🌱 Shop our period products such as tampons, bamboo liners, cotton pads and period cups with 25% discount using the code “GREEN25”. Promotion expires at midnight on Monday.

We have revolutionised the ‘Black Friday’ movement to ‘Green Friday’ because we have a purpose beyond profit and care about the environment as much as we care about getting our essential items for a discounted deal. 💚

On top of our promotion, 10% of our total Green Friday profits will be...

Another year, another COP meeting, bringing world leaders together to discuss action on the climate crisis. There were some significant agreements and possibly some hope for climate justice but many questions remain. Swipe to see what happened! 🌎

COP27 is well underway. Whilst the climate crisis is receiving more of the media attention it deserves, the sudden increase in news coverage about the state of our planet can be understandably distressing.

Anxiety about the climate and ecological crises is real and widespread. It can trigger feelings of guilt, hopelessness, loss and grief, as well as physical symptoms like insomnia and exhaustion, taking a toll on daily life.

The questions is, what can we do about eco-anxiety? Swipe for our tips! 🙌🏼🍃

At Grace & Green and Period Dignity, we’re pioneering a circular economy within the hygiene industry. Our values are those of a brand started by an environmental and social scientist with a passion for sustainability and slow living. We honour our planet and its fragile ecosystem by providing sustainable periods for everybody. 💚

This illustration is a nod to some of this year’s key COP27 themes - renewable energy, net zero, and biodiversity - as well as a celebration of our commitment to sustainability here at Grace & Green. You might’ve noticed that we changed our ...

We are a certified carbon neutral company. Being carbon neutral means that the carbon footprint of our company, its products and production has been calculated on the basis of internationally recognised standards and fully offset by supporting climate action projects. 🙌🏼🌳

Through our partnership with @climatepartner, we have so far offset 38,110kg of CO2. We are currently supporting a clean cookstoves project in Uganda, which is helping families to remove harmful smoke pollution from their homes, reduce carbon and improve health. 🍃

For transparency about how we ...

Thank you for joining our Live!

In case you missed it, watch @graceandgreen and @frank_water_charity discuss water security, sustainability and why good menstrual health management is important for the success of WASH programmes.

The Grace & Green collection has been intelligently engineered from 100% organic cotton certified by GOTS (Global Organic Textile Standard), ICEA and carries the seal of organic cotton.

© Grace & Green is a registered trademark of the Hygiene Co.